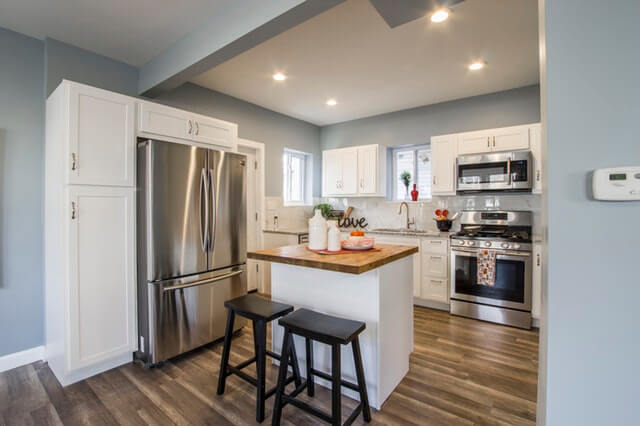 Appliance Repairman – We need them “Unity in Diversity” we may think our job is the most difficult and tensed up one under the universe but wait till you hear from an appliance repairman, his side of the story. It is one busy rat race for him because he has to keep all the appliances in his client’s home up and running without any breakdowns. It may seem as an easy job but it is not as it calls for utmost dedication, commitment, good customer relations and prompt service.

This is impossible because home appliances are generally not serviced and maintained like a car or any other machine and would only come into contention when it breaks down. It is a more reactive action rather than a proactive action because we do not check our home appliances on a regular basis. We would react only when they breakdown and then take it or call an appliance repairman to attend to it.

This reactive action by an appliance repairman’s clients puts him under intense pressure as each and every client of his would be breathing down his throat to get their home appliance repaired and working. He should have nerves of steel if he is to undertake all the repairs and ensure that they are rectified and delivered back in time without a hassle. To do so it would take a herculean effort of patience without having to blow your top.

There is one appliance repairman who has set up operations way back in 2001, and is accessible to all those living in New York City and its environs who would attend to any appliance repair and see that it is delivered pronto. If you live in the “Big Apple” calling them would be your only option. They are professionals who have served their customers with utmost dedication all through these years. They are just a call away and would respond as soon as you get in touch with them to get your appliance repaired. They could be contacted on (347) 754-6600 or if it is more convenient to you dropping them a request on their website would also suffice, which is https://appliancerepairbrooklynnyc.com/

We know by personal experience how deflated and frustrated we become when one of our appliances especially one that we use every morning packs up and refuses to operate. 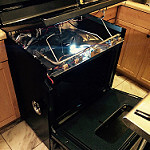 It is imperative that we take a very close look at all those who we would call to attend to various chores at home. This is because there have been some very unpleasant incidents that have happened in the past. It is our prerogative to ensure that those handymen we call are bona fide and have the right credentials to engage in the activity that they would profess to be. We need to get only professionals who have the expertise and the experience to attend to any appliance repair that we would call them to attend.

There are many unqualified and inexperienced personnel with unscrupulous ideas who would profess that they are appliance repairmen but are criminals waiting to enter your home to cause mayhem. Hence it is necessary that you would check out their bona fides before you would entertain them into your home. It is a very tricky situation because our home appliances are generally at home and it could be difficult for us to take it along in our family car to the repair shop. For instance small appliances, like a blender or a toaster would not be a problem but a refrigerator or cooker would be quite a difficult task.

You check out the website https://appliancerepairbrooklynnyc.com/ to be fully satisfied that the appliance repairman that you would call on (347) 754-6600 would be the one with whom you would deal in the future. They are professionals to their fingertips and would ensure that the job they undertake would be completed without any issue and also on time.

If you want your appliances repaired and back to its original condition you would have to engage professionals. Just giving them to any Tom, Dick or Harry would only bring you uncalled for anxiety and headaches. There are many appliance repairmen around every block but whether they are experienced enough and have adequate expertise is another issue. It is imperative that you engage with only professionals and not with quacks who would further damage you home appliance and then repairing it would be impossible.

The world is full of tricksters and frauds, New York City is no different hence being “penny wise pound foolish” would not be what you should be. It is in your better interest to call upon a recognized, reputed and bona fide appliance repairman rather than a quack around the corner. 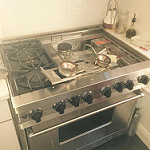 If we are to count the number of grey hairs on our head we could be satisfied that we are experienced in the vagaries of life and would always do what is right or appropriate. Attending to the repair of the suddenly packed up refrigerator cooker or any other home appliance would need prudent action from you. When one of your appliances refuses to work it could be quite frustrating but it could be more enduring if you happen to pick the wrong appliance repairman.

It is in your best interests to ensure it ends up in the right hands rather than the wrong one. It would need professionalism to the core if it is to be repaired without a hitch. We may assume that it is child’s play but it is not. An inexperienced appliance repairman could do more damage than good to your home appliance. Hence giving it to an experienced and qualified appliance repairman would save you many a trouble.

If you happen to live in New York City this could be quite a daunting task but you would not need to despair as there is one appliance repairman who would promptly attend to your request and ensure that the job is well done. This would be none other than Appliance Repair Brooklyn who are available at the end of your phone line or always present on the internet.

Calling them on (347) 754-6600 would save you many an issue and ensure that your appliance is repaired and brought back to life without much ado. If you want more information on their bona fides you could get onboard their website https://appliancerepairbrooklynnyc.com/ and apprise yourself.

Appliance Repair Brooklyn has been serving the New York City community for nearly two decades and they have been doing an exemplary job. It is their prompt and courteous service that has propelled them to be the leading appliance repairman in the “Big Apple”. They have a dedicated and efficient staff to ensure that every customer they deal with is attended to with the utmost courtesy. The staff undergoes regular training programs to ensure that they are well geared to ensure that the customer’s requests are attended promptly and efficiently.

Customer satisfaction is utmost in any business and this is fully recognized by Appliance Repair Brooklyn hence it is given pride of precedence within the company. It is only when there is satisfaction within encompassing all staff would they take it outside too. Being a family managed entity they know that treating their staff as family would filter down to the customers being treated so too.

The testimonials that have been received by Appliance Repair Brooklyn over the years that they have been serving the community the accolades that they have received have been the pillars of their success. It is well accepted by everyone involved in the company that these pillars of success are always held by their customers. This is what drives the company forward to ensure that their staff is treated with respect which filters down to their customers.

It is no mean task to be an appliance repairman because you would need to deal with anxiety, frustration and sometimes annoyance too. Customers who have their home appliance packing up at a crucial time would be all this and more. Hence as a responsible appliance repairman you would need to tackle these human emotions well. If you are unable to ensure your customers anxiety, frustration and annoyance are not dealt with efficiently being a responsible one would be difficult.

Customers would have their own problems and when their home appliance pack up they would be without exaggeration devastated. Dealing with such emotions would need patience hence to be a good appliance repairman you would need to be an exceptionally patient man. Appliance Repair Brooklyn is the epitome of such a role model and have proved it many times over during the two decades that they have served the New York City community. They have satisfied all their customers and waiting for you too.

SHOULD I GET MY BROKEN APPLIANCE REPAIRED OR SHOULD I BUY A NEW ONE? WHAT BRANDS ARE RECOMMENDED?